Elecforce Ltd is now on the Electrical Safety Register

The new 4th Edition of the Code of Practice was published in November 2012. This new edition has been written to take account of the Löfstedt report. As part of the Government's plans to reform the health and safety system, an independent review of the health and safety legislation was carried out by Professor Löfstedt. His report, published in November 2011, highlighted an over compliance by industry and recommended that the requirement for portable appliance testing should be further clarified.
The required frequency of portable appliance testing is often misunderstood, leading many to assume that all equipment should be tested annually. Annual testing has never been a requirement of the Code of Practice and this latest edition now emphasises this and also expands on the need to carry out risk assessments to determine the correct maintenance of electrical equipment.

The new CoP also includes clarification of which equipment is covered, additional explanation of the term ‘competent person’ and inclusion of the substitute/alternative test method. In addition there is explanation on the use of test leads and RCD adaptors and extension leads are now covered. New appendices also give a series of pictures to illustrate commonly found faults found on plugs and cables.
There are significant changes to the advice on 'PASS' labels. The CoP now recommends that the PASS label should not include the 'next test due'. The new labels should only include the equipment ID number, test date and inspectors initials.

Electrical equipment supplied in rented accommodation is now covered in the fourth edition, as well as guidance on hired and second-hand equipment.
Guidance on the inspection and testing fixed equipment is now given. The microwave radiation leakage testing section has now been removed from the Code of Practice.﻿ 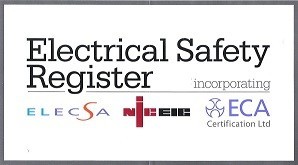